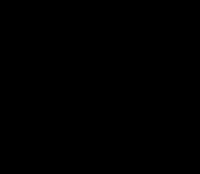 Description: The Concerto is a continuous 25-minute exhibition of nervous energy, with the string quartet functioning as a single entity - the idea of an expanded 'super-soloist' has been heard before, but seldom has an ensemble-within-an-ensemble been used in this way with such effectiveness. The orchestral parts seldom truly interact with the quartet; the orchestra proceeds on its way with frantic energy, while the quartet carries on its own agitated internal monologue, frequently highly rhythmic, bowed phrases spat out like percussion. The whole is exhilarating, exhausting, never relaxing for a moment. The two Sotto voce pieces, by way of complete contrast, are fluid, subtle, though not lacking in drama or tension. The first is a nocturne, with some explicit references to Mozart, as though the 18th-century and 20th-century composers are engaged in stimulating, collaborative dialogue. The companion piece, intended to be performed together with the first, like a fast movement in a two-part structure, is similarly restrained and offers refracted glimpses of classical style. Ingenious and subtle, the piece is remarkably unlike any other 20th-century piano concerto, its closest apparent stylistic predecessor being Busoni (more the late Busoni of Dr. Faust and the Arpeggio study than his own Piano Concerto, though). Lucerne Symphony Orchestra.