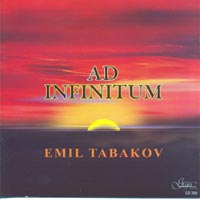 Description: The substantial 3-movement Cello Concerto is a powerful, dramatic work of foreboding, anguished character, in which the solo protagonist seems not so much at odds with the orchestra - in the classic 'individual versus overwhelming forces' scenario - as giving voice to an eloquent warning of some unspecified disaster suggested by the brooding, sometimes violent ensemble. An uneasy first movement, building from a solemn soliloquy to a powerful climax before subsiding into the depths whence it emerged, and an elegiac finale frame an increasingly abrasive and aggressive fast movement, reminiscent of a sardonic Shostakovich scherzo but with distinctly Middle-Eastern inflections to the melodic shapes, culminating in a full-blown Technicolor climax worthy of Tishchenko at his most over-the-top. Unspecific but significant affinities with Shostakovich - an early influence on Tabakov - are apparent throughout the work. The composer's strongly tonal idiom and the work's explicit emotional content are strikingly memorable and involving. The tone poem, or 'symphonic painting' 'Ad Infinitum' is a representation of sunrise, from obscure, monochromatic beginnings through emerging sonorous textures of increasing vividness and intensity, to a riotous outburst of brilliant chromatic tone-color with the emergence of a monumental, stately theme in chords - like Messiaen's Easter Island statues - spread across the entire orchestra. Tim Hugh (cello), Bilkent Symphony Orchestra; Emil Tabakov.